Skip to content
Did I catch your attention with that title or intrigue your curiosity a little bit? 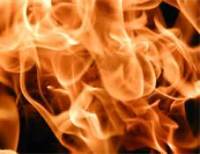 2 Cor. 5:21 For he hath made him to be sin for us, who knew no sin; that we might be made the righteousness of God in him.﻿
I saw Jesus the Lord of Glory receiving the wrath of God as if He were me!
Did you understand that?
I saw Jesus become me and God’s wrath rushing through Him like a hurricane almost as if the very cells of His body were being ripped open; such was the weight of my sin upon Him.
So scary was God’s wrath that I didn’t want to look and yet I couldn’t tear my eyes away.
I saw my sin, not yours because I can’t handle mine let alone yours. I saw Him where I should be and I knew instantly that I was guilty and He was not.
You see before, I was concerned about going to hell. I knew I was a sinner on some levels and at 17 I thought I had had that “true born again” experience, not saying I didn’t. I just knew that on this level of what I saw I hadn’t until fully comprehended the extent my sin had cost Him.
Yet on that day I saw my Creator become me to redeem me and all I could do was fall on my face screaming like a baby.
It’s a picture that to this day has never left my mind like a hole burned in fabric cannot be repaired; my mind has been branded literally with pure evidence of His love.
What seemed like seconds was actually in real time a couple of hours long.
In the midst of this experience, I remember being so ashamed, because I literally saw everything I had done or would ever do flood through Him.
God did not spare me the details whatsoever He let me see it all.
Although I don’t remember now what the “would do sins were” That memory has forever been burned into my heart and smolder like a flame on a candle.
The next thing that happened to me was so precious, and so sweet I hesitate to share it with you because some of you love nothing better than to tread upon people lives with snow boots on, stomping holes everywhere you go.
You know the ones who have no love for God in their heart that never hesitate when smashing people’s experiences like they have somehow arrived to God’s level and see all and know all.
But I will share it because He is requiring me to do so for someone I don’t know!
The next thing I know I was lifted literally too my feet, whether in the body or out I can’t say, because it was like I was there and here at the same time, if that makes sense.
I was lifted gently to my knees and loving hands began to wipe my eyes. I didn’t want to look up because I couldn’t bear it.
But gently He pulled my chin up and there He was The Lord of Glory kneeling before me as I have now come to think He did before the woman cast at His feet.
He looked at me with a smile like no other, and I asked Lord why?
Even now I can’t tell it without weeping because its release still echoes in my ears just as does His melodic voice saying to me. Because daughter I love you with All of my heart!
And like that He was gone and I was back in reality.
The Redemption

I was unable to eat or sleep for days. Every time I closed my eyes I saw His beautiful face and I heard His voice strumming across the rooms of my heart.
Folks He became us to redeem us.
He became me and all my husbands and affairs and He paid for it with His own life.
He laid aside that God power to become me so that through His sacrifice I could be redeemed from the curse I was under.
Not Him, He was not under the curse, He chose the curse so that I could be made 100% PERCENT FREE!
Some of you don’t understand mercy, you neither give it nor do you receive it.
Some of you think you are OK because you signed a card, chanted a chant, prayed “the Holy Prayer” or because some clergyman laid hands on you.
There is no other way to Jesus except through the cross.
You have no other way to God except though Jesus!
You must be born again. You must see yourself as you truly are…
Poor, wretched and blind.
You must see that Jesus is the ONLY Way He is the ONLY Truth, He is the ONLY Life
You must repent from sin and you must put on Christ!
You will never be righteous outside of Him and you will never be welcome in His house without accepting His gift of salvation.
Folk this is serious! This is not a game… There’s not a voice going to say game over, please press start to begin again.
He called you & I to repentance that He could restore the fellowship with Him we lost in the garden.
You see satan wanted to be like God and be worshipped, still does and that is why there is so much idolatry.
Jesus did just the flip opposite by laying down His divine nature in order that He could redeem mankind from the sin nature, that the devil had a hand in bringing with him in beginning.
He became obedient unto death and because He was obedient now He sits at God’s right hand making intercession for us.
Watch this… now we worship Him, something that satan covets, we worship Christ because HE ever lives to make intercession to Father God on our behalf!
WOW!          WOW!        WOW!
My story continues to astound me every single day when I think about His goodness over me even in the mess.
So I issue you a challenge to search For God with everything in you and don’t give up until He shows up!

Jer. 29: And ye shall seek me, and find me, when ye shall search for me with all your heart!   I’m hid with Christ! Shawn

"Joy despite the pain is not denial but a necessity!"