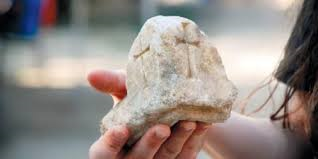 Recently I have become a fan of the History Channel or specifically a show called “America Unearthed” I have long held a fascination for history. I always feel thrilled when I visit historic places and know that once in a time and place long since forgotten, advances were made in astrology, medicine and architecture. Wars were fought, documents written, speeches given that would forever change the landscape of history. Courageous people braved new lands in hopes of escaping tyranny and oppression, pioneers who left everything and everyone dear to follow a dream of better lands flowing with milk and honey.
I never really pay much attention to TV, but a couple of weeks ago I was given the opportunity to rest a little bit. While perusing the endless channels of nothing, I came across this show. It has twist to it that is borderline detective/mystery. I like the guy who does the show because he seems to have a genuine love of history and finding truth. Whether or not it is real I won’t even speculate about. I simply don’t know the answer. It is entertaining with a bit of mystery involved and so it got my attention.
It is the shows premise that I want to borrow from to write my post and I pray that you will bear with me.
Scott, the host is always crisscrossing America looking for ancient artifacts that will concrete what he believes is Pre-Columbus travel to America long before the Native American.  I’m not saying that I agree with him 100% of the time however he does draw some pretty convincing conclusions.
Recently, I watched one that I had recorded, now that life is busy and my short reprieve has ended, I have resorted to recording episodes. I am hoping to watch them someday. Back to my point, I was watching one and he was in New Mexico looking at a stone that took up an entire cave wall. On it, from ceiling to floor, was a beautiful language carved in stone.
Scott is a Geologist and so the first thing he did was to look at the carving to see if in fact it was old. He can tell with his fancy microscope if the carving is recent or ancient by the wear and tear. He drew the conclusion that it was indeed old.
The lady, whose family owned the site, said they had called a linguistic expert to study the writing. What she told Scott blew him away. The writing, she claimed is ancient Hebrew/Judean dating all the way back to Abraham. Now if this is true, this would be amazing to say the least.
While it’s very intriguing and every bit possible, I’ve always lived by the motto that you never count your chickens before they hatch. So I’ll not be speculating as to the truth of its origin. Matter of fact it’s truth or non-truth are not relevant to my post at all. So bear with me a moment to steer you in the direction I’m hoping to bring this post.
In laying the groundwork for my thought I was trying to get you interested in the content of what I wish to say. Just like the show goes through the stealth like music, the graphics reminiscent of war rooms and an amiable host with the light of a schoolboy’s curiosity in his eyes. I am hoping to draw you into my imagination of what ancient artifacts will be found about me? I want to ask you a simple question and I want you to look beyond what you see now, and imagine what will be when you have gone on.
Imagine with me for a moment that thousands of years have gone by. Civilizations have come and gone. Your life forever erased from the current landscape of time. Every single bit of who you were, who you loved, where you lived and where you died buried beneath mounds or layers of earth.
If someone were to come along and find something of your life that you had left behind, what would their first impression be?
I can tell you just from watching a few episodes this guy can tell almost immediately what race of people he is looking for. He can tell by symbols and placement of stones and such, just who or what they worshipped.
I just wonder though if he were looking at my ancient ruins what exactly would he find. It would be idiotic to expect that he would find a wall from the house or stone from the mantle or anything like that because of the cheap quality of materials being used in our lifetime. So the greater picture I am hoping to achieve here is, would there be enough evidence surrounding me that his immediate conclusion would be that I was a Christian?
I have seen him point at artifacts (real or fraud) and point out the Christian cross and tell you what race used the symbol and why. You are probably thinking “big deal” everyone knows the symbol of the cross. That would be where you are wrong. The cross is very specific to cultures and religions. The cross is viewed by how one perceives the cross based upon his or her religious beliefs.
For example;
The Knights Templars used a cross symbol that looked like this. 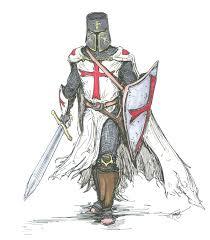 One culture had a cross that looked like this.

The Roman Catholic Church has a cross that looks like this. 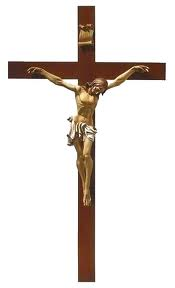 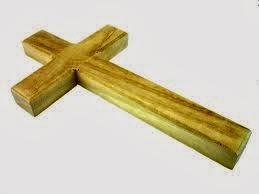 So there are many varied versions of what the cross looks like.  Now I’m not really trying to prove that argument either. I’ve been driven mad lately with the thought that should time hold out and we find ourselves a thousand years in the future, would they find anything to show that I am a Christian?
The Bible says that they will know we are Christians by our love. John 13:35 would that be easily noted definitely, should my remains be found?
The Bible also says in Matthew 28:19 to make disciples of all nations. I think that the apostles did in fact accomplish this after Christ was resurrected. Within a short span of time they had turned the known world upside down.
What about you or me? What do we have to leave that would show someone else the love we had for God and for others?
In all fairness your evidence may not be something tangible we can leave behind, nor will mine. However we can leave a legacy behind us that transcends people born into our bloodline. Just like the ancients who passed down all their wisdom and knowledge until it was finally lost, we too can pass on our wisdom and knowledge that God has put within us. We can give it to our children, our friends, our neighbors and coworkers. We can give it to the clerks at any number of shopping stores, movies theaters, sports events or any type of recreational activity you can think of.
We can also give it to those we don’t know at all, such as Veterans who have been wounded in wars, aged parents who have been left in nursing homes to die, orphans who have suffered the loss of parents, prisoners who are incarcerated because of something they have done.
There are so many ways to spread the love of God that would impact lives for ages, it’s impossible to count each and every variable.
So the point , the entire point I am attempting to make, is live your life so that those who come after will know without a doubt you were a Christian, proudly bearing the cloak of Christ. Give your family a living legacy to keep passing forward.
You hear it said often enough “Pay it Forward” What better artifact could you leave behind than a testament to the Greatest Love Story ever written, inscribed beautifully on the ancient fabric of your life?
To do so, you have to know that story. If you don’t know the Christ I love, please let me know. I would be thrilled to introduce you. It’s not about signing a card, saying a cute prayer. It is about you seeing yourself as the sinner you are and seeing Him in the Righteousness that He is. It is agreeing with the adversary that you deserve hell if not for God’s mercy. It is confessing with your mouth The Lord Jesus Christ, believing in your heart that God raised Him from the dead, that you will be saved Romans 10:9-10 if you can’t talk to me, then please find someone as fast as you can, you do not want to miss another moment. There are countless men and woman who can point you to Christ, so don’t delay.
If you are struggling with failure and you think you have screwed it up so bad that even God can’t fix it. I want to look you straight in the eye and tell you plainly, that’s the biggest lie you will ever believe. God not only can fix it, He desires to fix it. I John 1:9. He greatly desires for you to come. He sent you His Son out of love and yes, no matter what, you are His child. So first things first; repent – you aren’t going anywhere until you do. Just admit to God that you messed up, agree with Him that you are a rotten sinner. Confess that outside of His righteousness over you, that you are a lost cause. The next thing you do is pour out your heart to God, I guarantee you that if you are really sincere He will forgive you, matter of fact He has already forgiven you! Now, if you aren’t sincere you are going to be in that valley awhile.
You need to ground yourself in God’s Word and find a group of likeminded believers who will not only encourage you and teach about God’s ways, but they will also keep you accountable.
Then the very last thing to do is get up and go. Do the work of God in love, do the will of God by love and win the lost to Jesus because you love.
I guarantee you will have a written epistle an ancient artifact to pass on to others.
Make a difference in the world around you and you will impact the one yet to come by allowing the fire of God to consume you.  Go and spread the flame of His love to the end of the world.
Let your testament be written upon the human heart that you were a true follower of Christ!
I’m hid with Christ!
Shawn 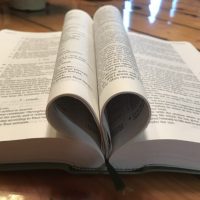 "Joy despite the pain is not denial but a necessity!"